Autonomous driving is one of the most thrilling visions for the future of mobility. Self-driving cars controlled by computers, the computers, in turn, fed with data from sensors and cameras mounted on, in, or around the vehicles. Digitalization does not stop for cars, and Kontron`s embedded computer technology is an important enabler of a trend that will develop fast. 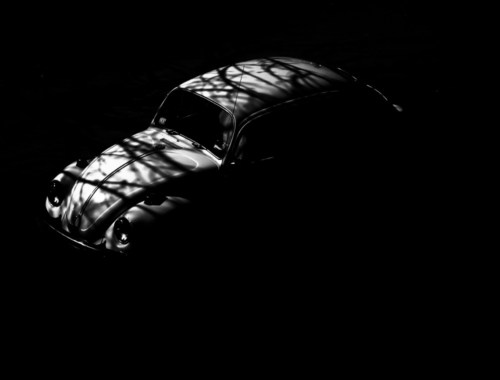 A blast from the past? The car of the future will most likely drive autonomously.

An April 2016 study by consulting firm Roland Berger expects around forty percent of the automobile industry’s profits to come from self-driving cars by 2030. German car manufacturers have already made autonomous driving a priority in their R&D efforts. Audi, for example, holds the annual Audi Autonomous Driving Cup (AADC), a competition for students of informatics, electrical and mechanical engineering, as well as other fields.

The Future of Mobility as a Field for Young Researchers

AADC Participants develop fully automatic driving capabilities and the necessary software architectures. These are then put to the test. 1:8 model cars, specifically built for the competition by Audi, serve as hardware platforms. A jury of experts from the fields of Advanced Driver Assistance Systems, Software Development, and Highly Automated Driving judge the team performance. They assess the teams individually after an outing on a pre-defined course, where reaching the finish line first is only one of many factors. Just as important are driving performance, meaning speed as well as the handling of tasks and obstacles on the course; software architecture and technical realization. A solution`s elegance; and its presentation in a scientific talk also factor into the results.

Kontron Technology for the Model Car

Model cars like these are not built overnight. When the next AADC takes place in February 2017, the teams will have gone through an intensive planning phase. For the team named “FASzination – Autonom” from Hochschule Kempten, which is supported by Kontron, it has already been more than a year of diverse and difficult challenges. Reading sensor data into an environmental model, developing software algorithms to recognize lanes, traffic, and obstacles, as well as controlling motors, steering, and lights – everything is developed and built by the students themselves.

Ten ultrasound sensors and 2D/3D cameras (RGB and deep image), a wheel speed sensor, and six axis motion sensors for angular velocity and acceleration submit their data to what serves as the model car`s central measuring and control unit: the Kontron pITX-E3845 Quadcore 1.9 GHz with 8 GB RAM and 60 GB SSD. It has to centrally collect, process, and analyze huge amounts of measuring and control data while taking up very little room – Big Data in a miniature format. The Kontron embedded motherboard used by the students is based on the Pico-ITX form factor and delivers high performance at an extremely compact size of only 100 x 72 mm. Moving the car is a high-torque electric motor for linear acceleration as well as a servomotor with read-back function for steering. The model`s energy supply rests on two circuits, one for data processing and another one for the engine. 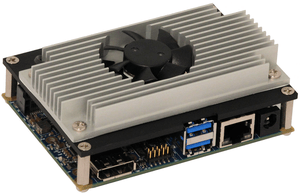 Kontron’s pITX-E38 PICO-ITX board used by the students to process and analyze driving data.

Test – Then Test Some More

Before the model cars are built to enter physical testing, there is a simulation phase. The vehicle and the competition track are re-created and tested in a virtual environment, making possible unlimited test drives, gaining experience and data without having to actually build a “real” prototype.
Based on the simulation results, all teams submit their applications no later than July 26 with a final decision from Audi by late September 2016. After the software-beta kickoff at Audi in October, the main events start in late February and the final competition with the presentation of winners takes place on February 26, 2017.

We wish all competitors, but especially FASzination – Autonom (go go go!!!), all the best!