Is your Business still dumb?

Last week I read a very interesting article from one of the world’s leading technology forecasters and CEO of Burrus Research, Daniel Burrus. He asked, if we are ready for innovation and transformation. With transformation he means, that – over the next few years – regular old (and dumb) objects, like an old toaster or watch will be gradually replaced by objects with connected intelligence. And you don’t have to be a technology expert to know that he is right. Of course, the world is getting smarter all around us and we have to consider the new opportunities.

Are you transforming or still changing? 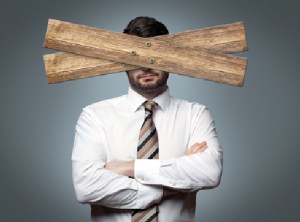 With the Internet of Things (IoT)there will be a rapidly growing number of smart machines and sensors, changing our everyday business as well as our every day lives. As Burrus wrote, “we are at the cusp of a world where there is scarcely an inactive object in sight.” And of course, this development will have a considerable impact on our businesses. If we will just make our products different (change) rather than making them passed through a dramatic change (transformation), we might – or better WILL – be facing unpleasant competitive disadvantages. Unique products and technologies must be driven ahead through creative innovations and not just well intentioned further developments. To use Burrus words: Transformation will happen because if it can be done, it will be done and if you don’t do it, someone else will. I must admit, this makes absolutely sense to me.

Speaking of transformation, I think of our increasing energy demands and diminishing resources which make it necessary to seek novel sources of power. Why not also transform our way we think about energy generation? Electrical engineer Annette von Jouanne for example was inspired by the heaving of the water while surfing off the coast of Hawaii, so she made the idea bigger and put it in the sea in an attempt to utilize the constantly present kinetic energy of ocean waves. Or thinking about Jessica Matthews, who was an undergraduate at Harvard when she and a handful of other students came up with a simple but brilliant idea: make soccer, a popular pastime in many developing (and developed) nations, a useful activity. The result was “The Soccket”, a soccer ball that generates and stores electricity during game play. For every 30 minutes of play, the ball can light up an LED lamp for three hours. Another brilliant idea to generate electricity is something called ‘pizoelectricity’, which is basically electricity from pressure, the weight of your own body. Obviously, individually it’s a minute amount but cover a city in them and the thousands of people that come and go every day. They could make a huge difference in reducing the amount fossil fuels our cities run on. And taking this to the next level: on dance floors you’ve got a lot of people dancing and creating a lot more energy. And what about sport stadiums?

This is still wishful thinking, but commuters in southwestern England already create power with their cars these days. The city has begun installing electro-kinetic road ramps. Each ramp contains metal plates that are compressed when a car passes, powering an internal generator. And did you know that your bike is more than enough to charge small devices? Bike-powered generators can generate a fair bit of power: For example, a professional cyclist can pedal at well over 400 watts for an hour. And also your shoe might no longer be just a shoe any more. Researchers in Germany have begun to develop wearable tech that you don’t just wear; you get power out of it. Nice idea, but one of the most ingenious thought experiments to produce energy is to build a Dyson Ring around the sun. A Dyson ring is a ring of individual solar power satellites that orbit the sun, collecting huge amounts of the energy outputted by the star. It sounds insane, but – luckily – that never stopped scientists in the past.

So what about you? Are you ready to transform? What’s your best practice example of transformation?